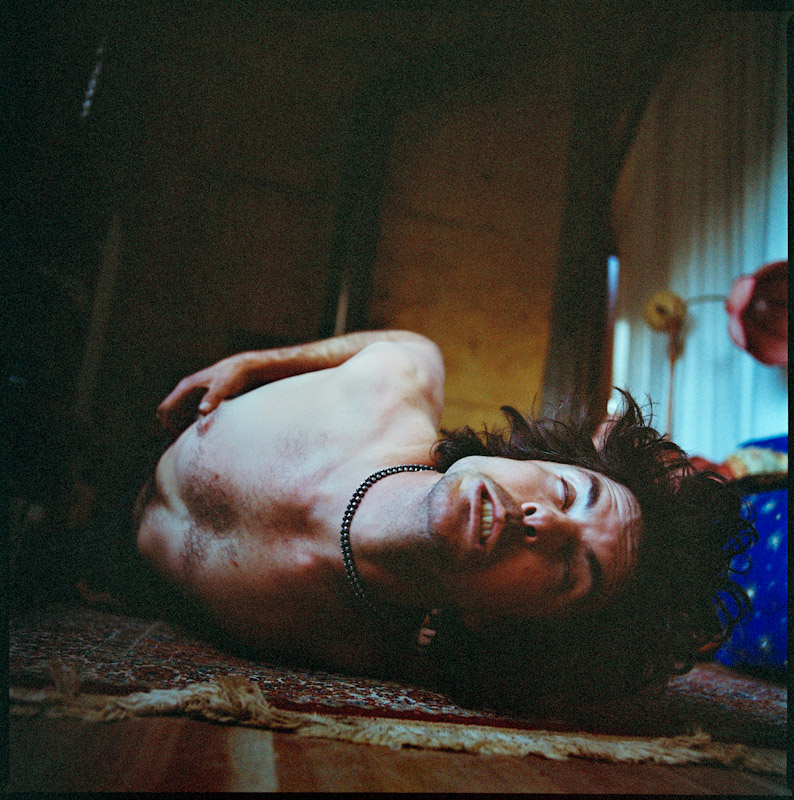 
Born into the first commune in Nimbin, this child of the hippy revolution grew up in a most unorthodox way. He remains on the same commune 40 years latter and has built a studio where he practices Butoh, a tortured Japanese dance form that seeks to physically express the most extreme, grotesque and taboo elements of human nature.