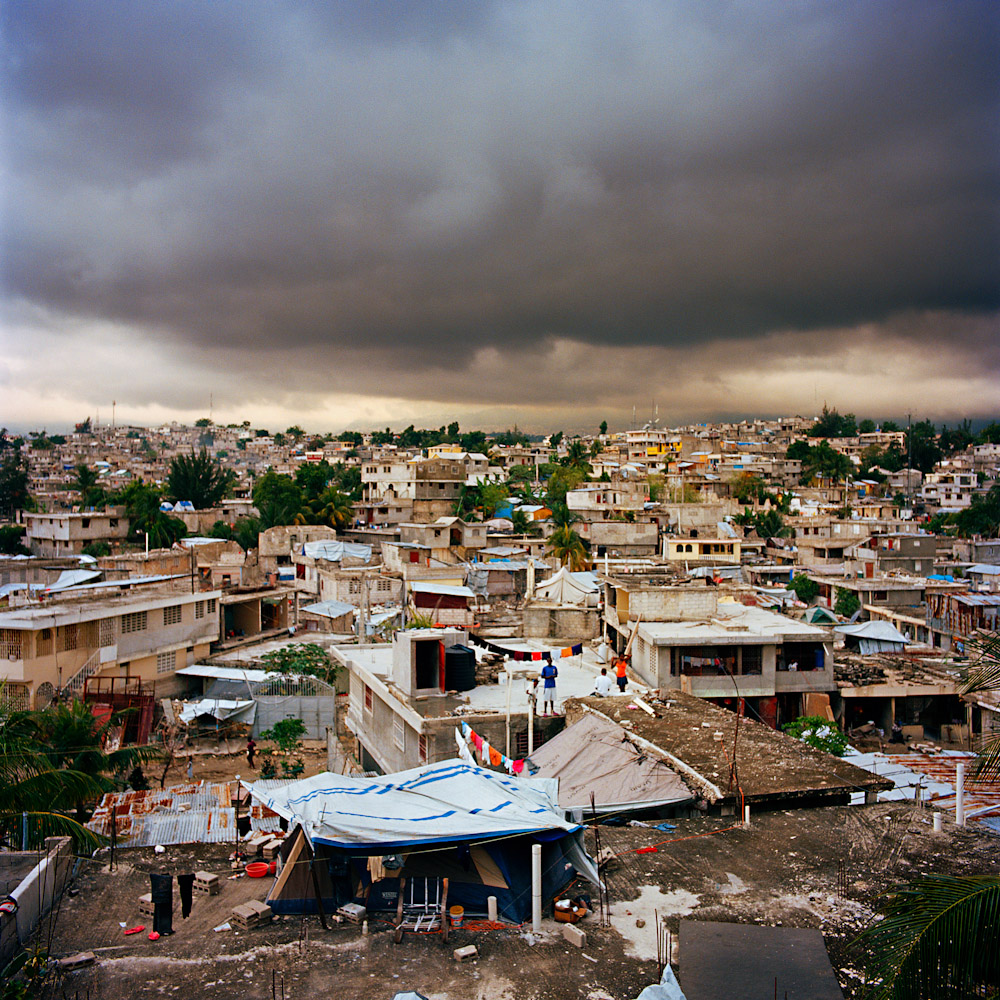 
I spent a few nights in this middle class suburb. Many here still live under the concrete roofs that became killers during the earthquake. Most homes have been deemed unsafe, but many have returned to their old neighbourhood because life in the camps was too intolerable or because they had nowhere else to go.